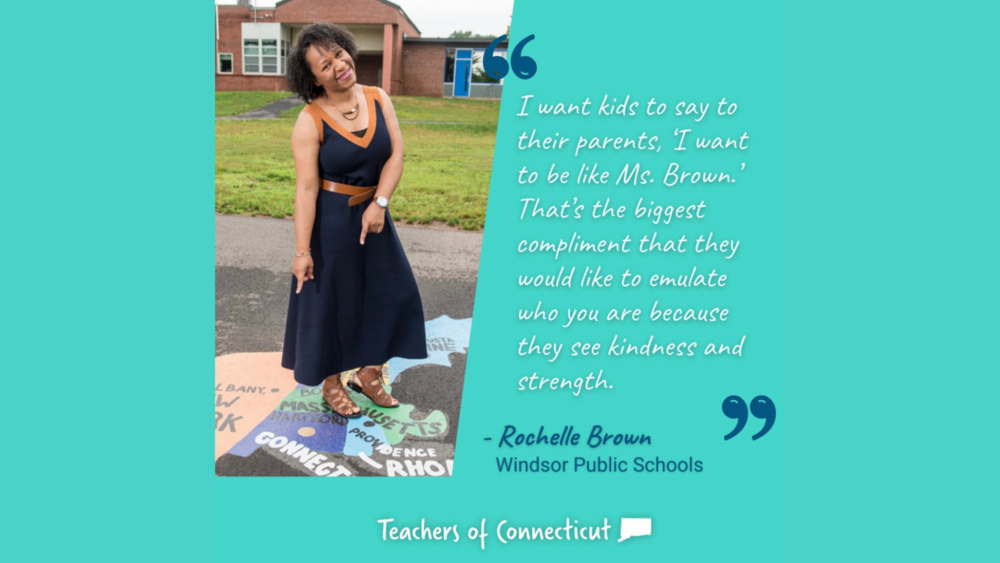 The Best Educators in CT: WPS's Rochelle Brown Highlighted on Teachers of CT

Check out this amazing article about one of Windsor Public School's phenomenal teachers highlighted on the Teachers of Connecticut website.

Rochelle Brown had no intentions of being a teacher. As a child, she was an early reader who loved learning. But accepting that she also loved teaching took a while, even if she was known to conduct school in her backyard with a full schedule for her friends, starring her as the teacher.

“I just thought learning was magical,” recalled the veteran teacher.

Brown has taught everything from kindergarten to adult education for immigrants like her own Jamaican parents, studying to become U.S. citizens. She is currently a kindergarten teacher at Poquonock School in Windsor. She also is the 2021 Connecticut Teacher of the Year.

Brown resisted what her mother said was her calling all the way through high school and college, determined to pursue a career in public health. She shared her love of learning by tutoring in high school and during her undergraduate years at the University of Rochester in New York. Brown resisted again when a friend tried to convince her to pursue a master’s in education. It was the 1990s and the country was facing a teacher shortage, particularly among teachers of color. Her friend kept trying to convince her she’d be perfect for the graduate program; Brown kept refusing to apply.

She stopped resisting after she learned that a little boy named Brandon whom she had tutored at the Dr. Walter Cooper Academy School 10 in Rochester had died over the Christmas break. He’d fallen through ice behind the university and tragically drowned. She naturally was heartbroken by the news.

“Someone said imagine that you made such an impact on his life,” Brown said. “Imagine what you could do if you actually were a teacher. I haven’t looked back since.”

Not looking back has meant going above and beyond for her students particularly in helping them build their reading skills. And that has meant making sure that her young students get to read stories about other children who look like them and come from communities that look like theirs.

Brown started collecting multicultural books for children, long before she accepted that she might have been collecting them for her future classrooms. She grew up and went to school in Hartford, a city of predominantly Black and Latinx people, many with Caribbean roots like her own.

When she finally said yes to teaching, she learned about the importance of making sure students had access to books about people who had backgrounds similar to their own. And she made sure to stock her classrooms with such books.

“I decided I was never going to have a student who didn’t feel represented in the stories that were shared in that classroom."
Rochelle Brown

And to her knowledge, she’s only missed the mark once. It was during her first year of teaching kindergarten, around Thanksgiving time and she was reading a book about American Indians when she heard a small voice pipe up and say, “Indian like me?”

Brown said her heart broke especially after explaining to the little boy, that no, these Indians were not like him. It was in that moment that she realized that she had not shared any books that reflected the experience of a little boy who had roots in India. She said she beat herself up for a while remembering his crestfallen face.

“I was so bothered that I couldn't sleep,” she recalled.

But she has made it her business ever since that first year of teaching to make sure to learn about her students' cultural backgrounds so that she can have books in her classroom that reflect each and every one of them. Though there are a growing number of books featuring people of all ethnicities, Brown said it’s still quite common to find more books about characters who are Caucasian, male, or featuring non-human characters like trucks and teddy bears than about real people of different ethnicities and cultural backgrounds.

She said she had the opportunity to read “I Am Enough” by Grace Byers with her class which centers a visibly Black little girl with an impressive cloud of dark hair and one of her students said, “That little girl looks like me.”

“She walked around with that book,” Brown recalled. “She really saw herself as smart and beautiful. That’s why I do what I do.”

Keeping her students connected to books proved to be quite the challenge during the last school year. That’s because the global pandemic, at least for part of the year, moved teaching out of the classroom.

Brown wanted to help students, their parents, and other teaching colleagues continue to find books that would keep young minds engaged. So she started an Instagram account, @kidlitlove8, dedicated to highlighting multicultural books.

“It’s not like I have a million followers,” she said. “It’s mostly fellow teachers, parents, friends, students of education looking for book suggestions.”

But she said the project is “near and dear” to her heart so she intends to keep it going even though she and her students are back in the classroom. And with 22 years of teaching, she also plans to keep going, for Brandon. She said so much of what she does as a teacher is in Brandon’s honor, and that of another little boy who came into her life about 14 years ago, her nephew Everett.

Everett was born with Down’s Syndrome and is on the autism spectrum. She said when he was born she decided to step up her game as a teacher -- to be the kind of teacher she wanted him to have. “He really is my inspiration,” she said. “All that I do is centered on him and inspired by him.”

She also aims to be the kind of teacher she never got to see when she was growing up in Hartford. Though the student population was diverse when she was a child in the school system, the teaching staff was not. Brown said she didn’t have a single Black teacher during her K-12 education.

Brown remembers well being a new 23-year-old teacher and the only Black teacher in Windsor at the time. It made her doubt whether she had made the right professional choice, but it took one little girl to remind her of what her mother tried to tell her when she was six years old – she was a teacher.

“I got into the classroom, and this little girl said, ‘I’ve been waiting for you my whole entire life.' I want to let little Black girls and little girls who are not Black look at me and say, ‘Wow, you’re a teacher?’ I want kids to say to their parents, ‘I want to be like Ms. Brown.’ That’s the biggest compliment that they would like to emulate who you are because they see kindness and strength.”
Rochelle Brown 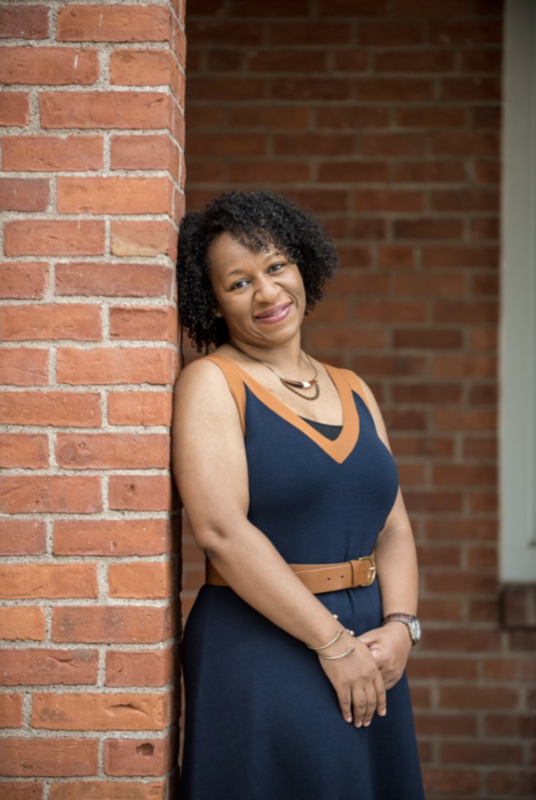 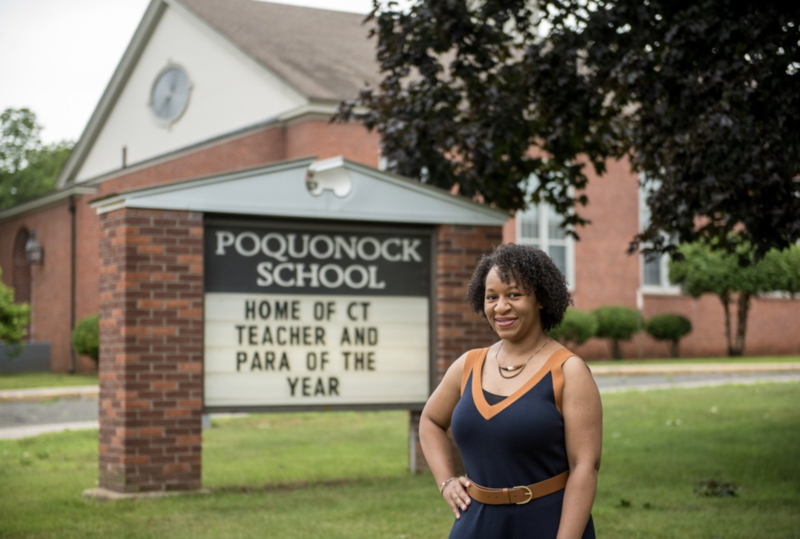 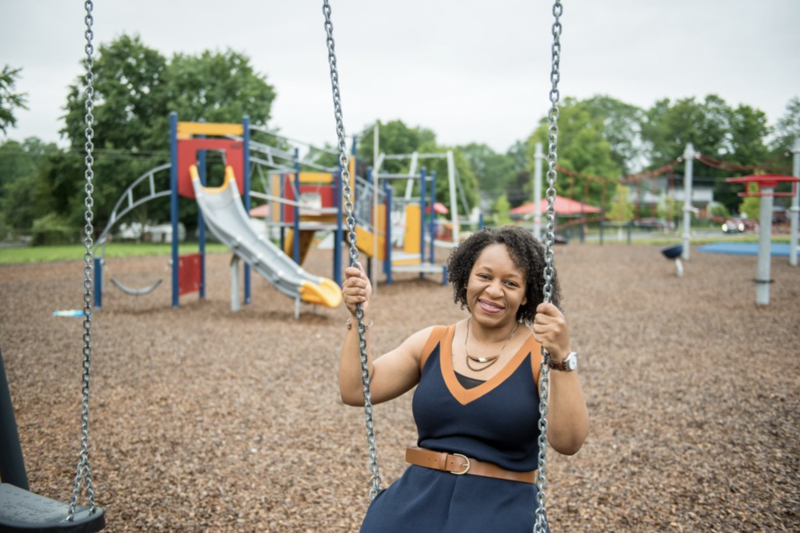