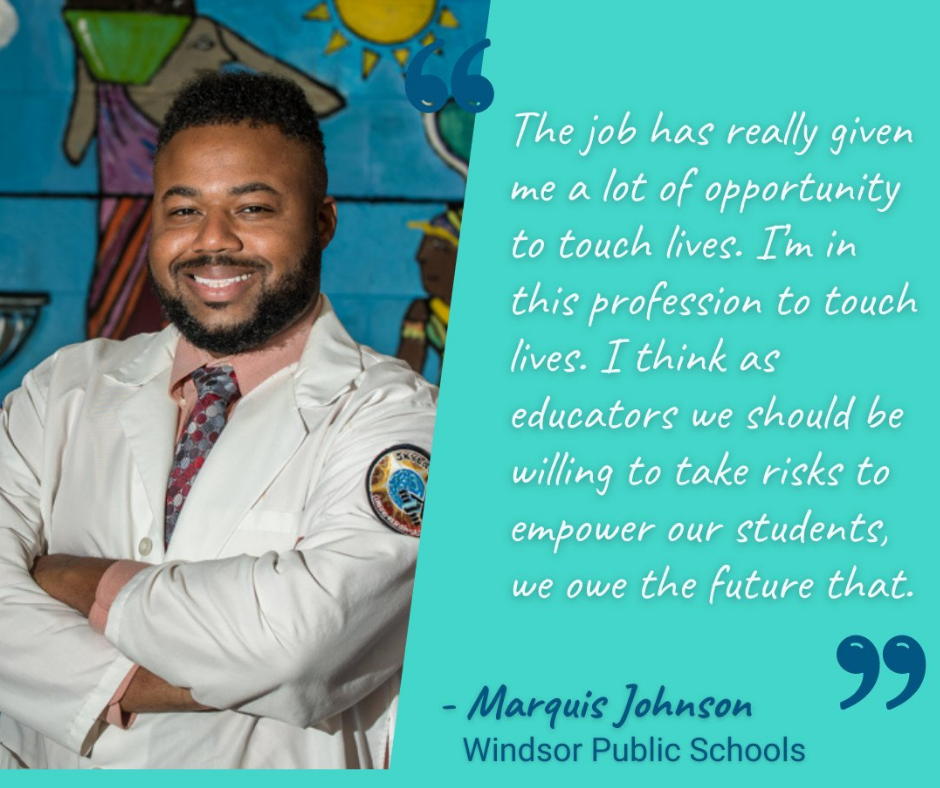 The Best Educators in CT: WPS's Marquis Johnson Highlighted on Teachers of CT

When Marquis Johnson was a student he didn’t see himself represented in the curriculum or his schools. He said it made him feel voiceless. Now that he is a teacher in Windsor, Johnson has made it his mission to empower students and make sure they’re ready to challenge systems of oppression, wherever they find them, including at school.

“I see education as a form of social resistance,” said Johnson, who teaches eighth-grade science at Sage Park Middle School in Windsor.

For Johnson, that means having students consider the contributions of scientists who are Black, Latinx, Chicano, Asian and indigenous. It means asking them to think critically about why such scientists are left out of discussions about historically significant scientific breakthroughs. All of that can lead to uncomfortable discourse.

Johnson sees that discomfort as the place where true growth and learning happens for students and adults. Whether it’s teaching classwork that challenges prevailing and accepted norms in science, or school policies that oppress and marginalize a particular group of students, Johnson has done it all.

“Students see me challenging those things, and they’re like ‘He’s putting himself on the line,’” he said. “That’s what builds trust. We should take intellectual risks and we should dare ourselves to be something better and ask for more.”

When students trust and respect their teacher, Johnson believes they’re more apt to take risks too.

“A lot of kids don’t take that risk because they don’t trust, number one, that their efforts will be rewarded,” Johnson said. “And for me, I think I’ve proven to them that everything we do is important.”

This approach is how Johnson got through to one of his students he calls Q. Johnson said Q is a tall kid known for playing basketball. Q is a good kid, Johnson said, but prone to goofing off to impress his friends. Typical middle school behavior. Q also happens to be Black and other kids gravitate toward him.

“We did this project at the end of the year and it’s all high-level topics,” Johnson recalled. “The hardest topic is time. The science is well above college-level science. Q took it.”

“He did a great job,” Johnson said. “So much so, he didn’t feel like he should sit with the students. He wanted to sit with the teachers for the rest of the year.”

Johnson said it was a great moment for a big, tall Black kid, who is stereotypically expected to be good at basketball and not much else.

Johnson said he believes it mattered for Q to have a teacher who looked like him and believed that Q was more than his ability on the basketball court. He said Q trusted that whatever Johnson was asking him to do was going to be meaningful to his life.

“I think he wanted to do all that he could to impress me,” Johnson said. “And I think he always could, he knew he could, deep inside.”

But not every one of Johnson’s students looks like him or even shares his cultural or national identity. He had a student from China who spoke no English. But she didn’t let that stop her from working hard. In fact, Johnson was concerned that she was working a bit too hard.

To help put her at ease, he asked her to teach him a new word in Mandarin every week so he could learn it and practice saying it. He also encouraged her not to be too hard on herself.

“She saw that I was trying new things and making mistakes,” he said. “We had that kinship. She wrote me the nicest note [where] she basically said ‘Thank you so much for making this transition easy. Thank you for not being easy on me and also challenging me. You have a Chinese student who will never disgrace you and disappoint you,' and I was really moved.”

Johnson said he has occasionally garnered some resistance for challenging the status quo. But he said he’s received nearly equal amounts of support and even celebration of his work.

He was tapped to be an equity and inclusion team leader in his building and he was voted teacher of the year for his district. He also was a finalist for Connecticut Teacher of the Year. This year he will take on a new role as a science instruction coach.

The job has really given me a lot of opportunity to touch lives. I’m in this profession to touch lives. I think as educators we should be willing to take risks to empower our students, we owe the future that. 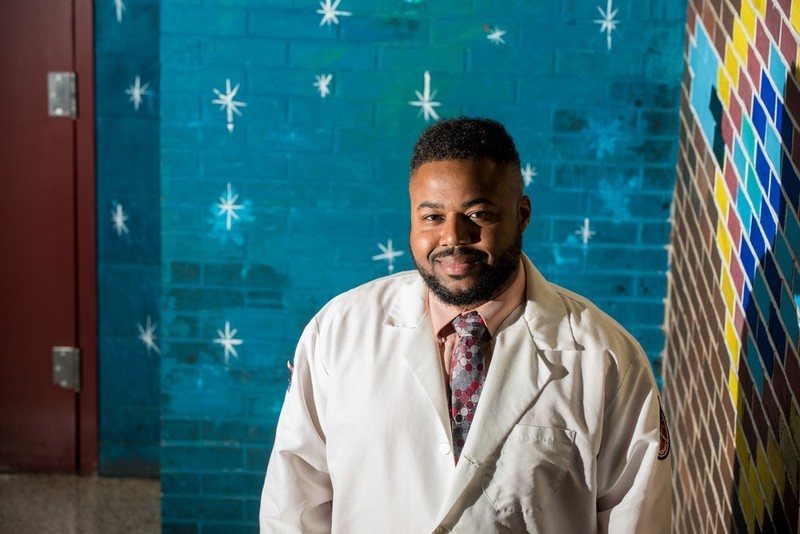