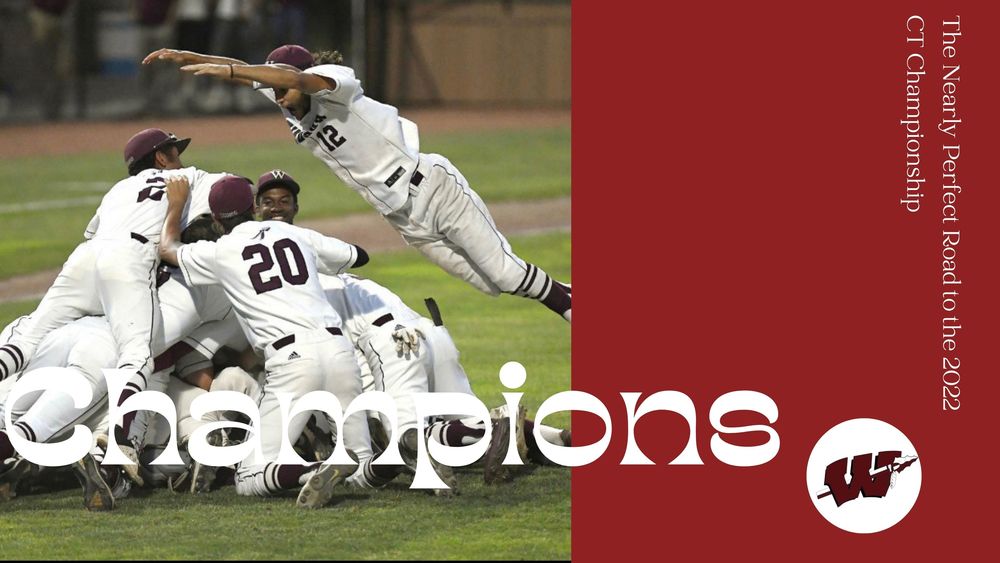 Our CT Championship WHS Baseball Team was recently highlighted by the CT Insider. Check out highlights from the article written by Scott Ericson below.

Check out the full article on : https://www.ctinsider.com/game... 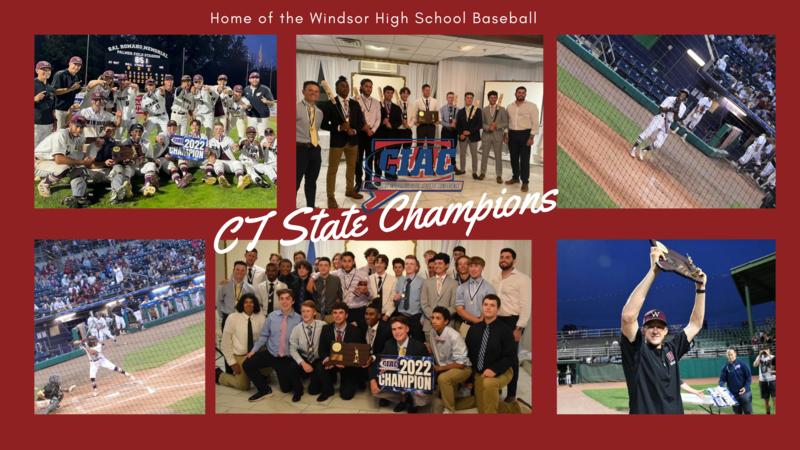 The Windsor baseball team has not been afraid to play small ball when needed this season and with the CIAC Class L championship game tied in the bottom of the fifth, it was time.

After getting runners on first and second, leadoff batter Breon Parker bunted to the third base side of the pitcher who fielded the ball, throwing it away down the right-field line, allowing both runners to get home as the first baseman tracked down the ball.

Those two runs would hold up as No. 1 seeded Windsor defeated No. 10 Maloney 3-1 to win the Class L championship at Palmer Field Friday night.

We have looked to play small ball when we needed to and today in a close game against a gritty team in Maloney, we had to do that.  We tried to cause some havoc on the basepaths and use some of our speed. We spend a ton of time on bunting each and every day and these guys executed.
- Joe Serfass

This was Windsor’s third state title overall and first since 1991.

Windsor got on the board first in the bottom of the second on a two out infield single by Frank Kula, scoring Eli Fangiullo.

Maloney would tie it in the top of the third on a sacrifice fly by Ryan Killeen.

Windsor took a 3-1 lead in the bottom of the fifth with the two unearned runs after the bunt.

Maloney got the tying run to the plate in the top of the seventh but Windsor was able to turn a 5-4-3 double play, ending the game.

Nate Acabchuk, Windsor: The junior right hander allowed just four hits, pitching a complete game for the win. In multiple innings he escaped jams with runners on base, including escaping a bases loaded jam in the bottom of the fourth inning with the scored still tied at 1-1.

This is amazing, we worked so hard for this all year. It’s been the goal since day one and there is no better feeling. Coach Serfass always preaches ‘throw strikes and let your defense work.’ I didn’t have a lot of strikeouts today, obviously but I let my defense work. I love these guys. We went to Florida together and built a great relationship. We all love each other, we really do and that is what helped us get here and eventually win it all.”
- Nate Acabchuk 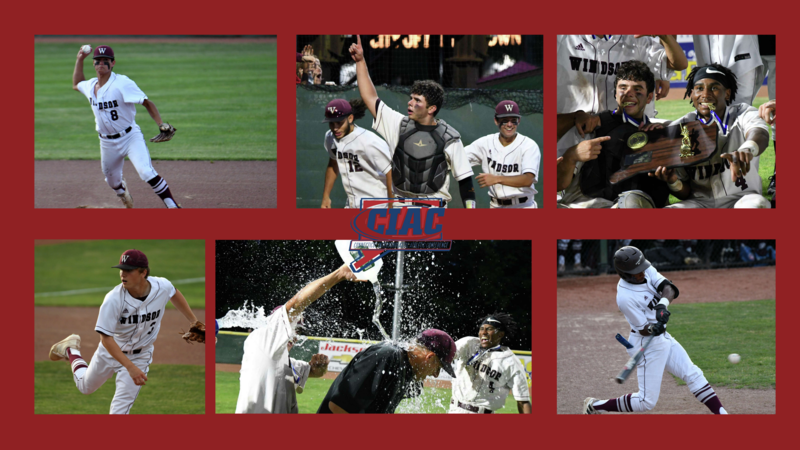