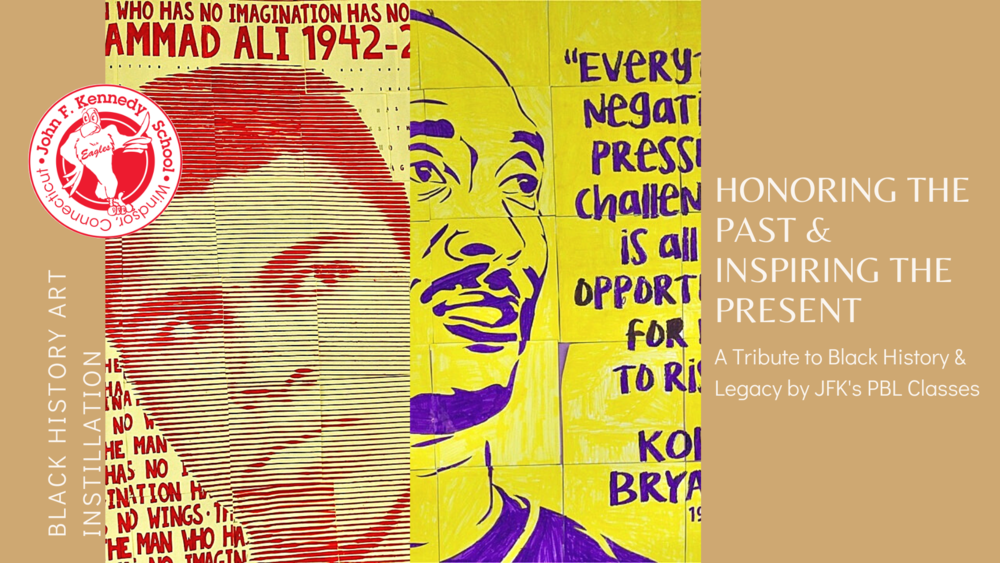 JFK Presents : Honoring the Past and Inspiring the Future (A Tribute to Black History & Legacy )

While walking the halls of John F Kennedy School, I was stopped in my tracks by four massive hand-painted prints. The art installation featured Muhammad Ali, Kobe Bryant, Amanda Gorman, and a collective print with (named in the order of appearance) Thurgood Marshall, Ruby Bridges, George Washington Carver, Jackie Robinson. Harriet Tubman, Martin Luther King Jr.,  Rosa Parks and President Barack Obama.  I had to inquire more about what inspired such a powerful tribute.  This led me to JFK's Project-Based Learning (PBL) teacher, Nicole Campbell.

I chose to do the collaborative poster artwork for Black History Month in my PBL classes because it was a way to have multiple students and classes contribute to a project that the entire school would benefit from. I chose to feature Kobe Bryant and Amanda Gorman because they are examples of Black leaders in our society that are impacting history today. I chose The Black History Month poster with Thurgood Marshall, Ruby Bridges, George Washington Carver, Jackie Robinson, Rosa Parks, Harriett Tubman, and former President Barack Obama as a way to honor some of the greats who paved the way for the future. The Muhammad Ali poster was chosen to honor another ledged who was not only great because he is known as the greatest boxer of all time, but also because he used his voice to advocate for the Black community. The themes that I went for were "Honoring the Past and Inspiring the Future" and "Connecting the Past to the Present. "

The project was brought to fruition by the classes who participated in creating each poster: 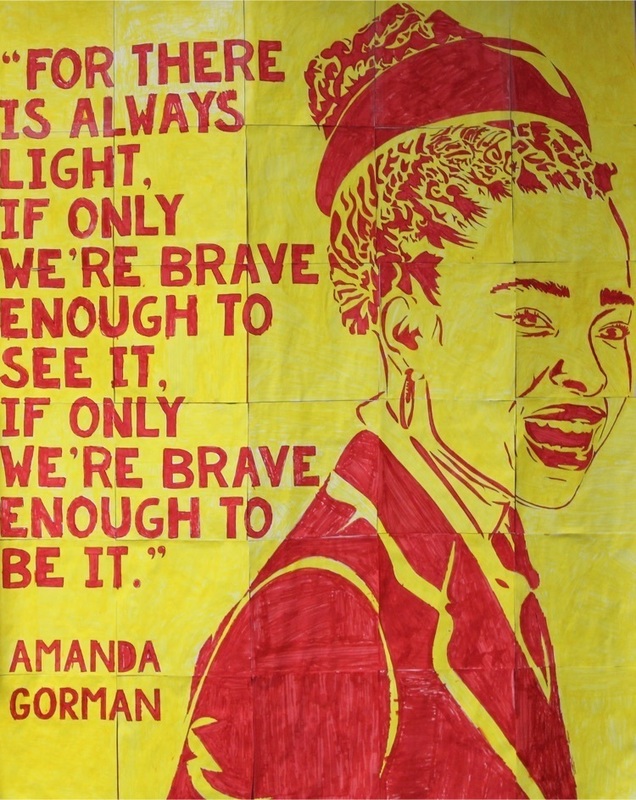 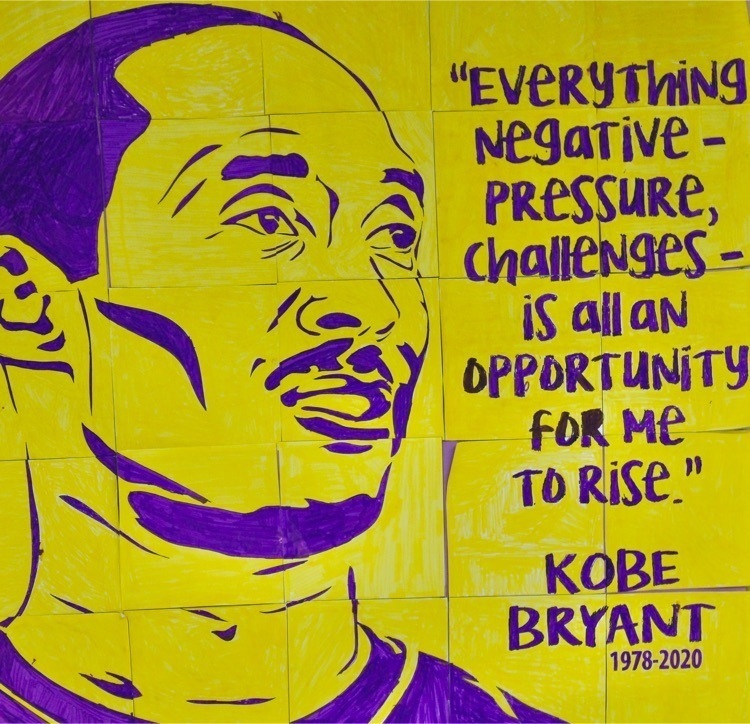 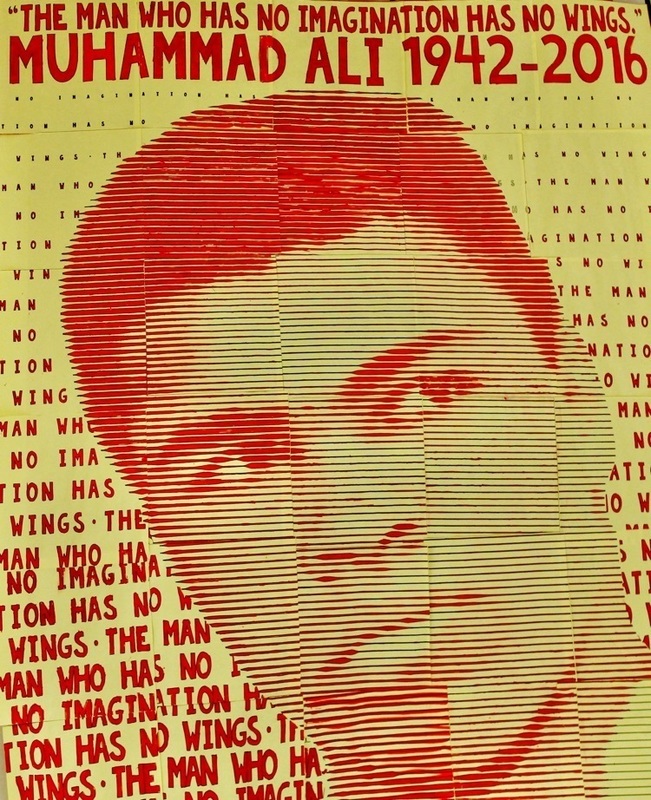